Images by Dennis Khung / RICE File Photo.
It was once fashionable to hail the coronavirus as the great equaliser. Commentators claimed the virus doesn’t see race or money. All segments of society will suffer its repercussions.

Such thinking was, very quickly, exposed as naïve. Everyone will be affected by the pandemic, but to what degree depends on our overall health and socioeconomic status.

In particular, for persons with disabilities or special needs, the effects of the circuit breaker can be devastating. By disrupting their daily routines, isolating them socially, and straining the medical resources in our healthcare system, the circuit breaker can put a halt in their convalescence. Worse, it can even cause them to lose the improvements in their daily functioning that they’ve fought so hard to attain.

This is what I learn talking to Ivan Lim, who is 30 this year and suffers from cerebral palsy and epilepsy.

Unless you’re one of the lucky few people who love their job, most of us are ambivalent about, or dread, going to work. Work, to most of us, is merely a means to an end, a way to put cai fan on the table.

Not to Ivan. Ivan, who currently works part-time in an administrative role at a food establishment, says he looks forward to going to work because it gives his days—and his life—meaningful structure and purpose.

When you consider his background, it becomes clear why he takes such a point of view. Despite having a degree in communications, Ivan has been rejected by numerous companies because of his medical conditions. Most, too, are unsympathetic about the circumstances he has had to overcome.

Ivan recalls one interviewer brushing him off: “You’re 27-years-old and you only have one year of work experience? And that was working for your father?”

After he recounts that anecdote to me, he concedes helplessly, “I have … my limitations.”

Dejected by instances like that, Ivan applied to NTUC FairPrice for the role of a floor staff, thinking that experience and skills would matter less in such a position. Yet he found out that he was not eligible for it because he is unable to lift heavy weights, which prevents him from shifting stock around the supermarket.

Needless to say, being unable to find a job was a huge blow to Ivan’s confidence and self-esteem.

You’re 27-years-old and you only have one year of work experience?

Therefore, when he landed his current job in December 2018, he was elated. He finally felt valued as an individual—one who is a productive, integrated member of society, so to speak.

Then the circuit breaker hit. His boss, prohibited from keeping the café open for business, put all part-timers on no-pay leave (but is still giving his employees a baseline pay during this period).

Ivan had anticipated the lockdown and being put on no-pay leave. He had been following the news, so when his boss made the announcement, his initial response was, “Aiyah, just as expected.” Yet he couldn’t control the effect these events had on his mental state.

With the sudden emptiness of his days and the worry of losing his job constantly pressing on mind, Ivan started to feel down again.

“So my body clock got messed up … most of the time I sleep in till the late afternoon, sometimes up to 2+ PM.”

If any of us were in Ivan’s present state of no-pay leave, we would probably feel as demoralised as he is. But for Ivan, such a circumstance is not only a dampener on his spirits and finances, it also reminds him of the times when he was deemed less than worthy by various companies that flat-out rejected him on the basis of who he is.

The circuit breaker, in other words, brings to the forefront all the medical conditions that his daily routine of going to work helped Ivan forget.

“It really eats into me,” Ivan sighs.

Involuntary social isolation is another aspect of the circuit breaker that affects persons with disabilities more severely.

According to Ivan, for persons with disabilities and special needs like himself, social interaction goes beyond feeling like you have a friend. “When I cannot interact with people,” Ivan explains, “it affects my mental state.”

Thus, when he heard that the circuit breaker was going to be enforced, Ivan’s first thought was that he “needed to look for people to talk to”, whatever form that took. For instance, Ivan describes his online counselling sessions as an opportunity to talk to another human being, rather than a psychological intervention.

I tell the counsellor I’m here just for a chat … I just want to say hi.

Initially, I was unsure how social deprivation affects Ivan differently compared to everyone else during this lockdown.

After all, everyone, regardless of how introverted we claim to be, needs some degree of social interaction to function as healthy human beings. Many studies have established the link between strong social relationships and health. John Donne preached that “no man is an island entire of itself”.

Then, 30 minutes into our conversation—perhaps after he had begun to feel comfortable with me—Ivan suddenly reveals: “I’m a public school dropout. I didn’t complete secondary school because my seizures were so bad that I couldn’t get out of the house.”

It was not just the seizures that stopped Ivan from leaving the house, he elaborates. It was also the fear of being struck by a seizure when outside.

“This had some aftereffects,” Ivan continues. “Right now, at my age, where other people talk about school reunions or old classmates … because I dropped out of school, these are very foreign to me.”

At that point, I understood the importance Ivan places on social interaction and a routine of going to work each day. Even though he didn’t articulate it in these words, social interaction and going out of the house to work are, I think, ways of reminding himself that he has overcome his past medical condition and is now “integrated” into “normal” society (I am using these terms very loosely).

Therefore, his involuntary social isolation, in combination with the disruption to his regular routine of work, makes Ivan feel as if he has “lapsed back to [his] past self”.

“What I’m feeling now is not fear, but isolation. And I can’t do anything about it.”

Singapore has done much to provide financial support to people whose livelihoods have been affected by the circuit breaker.

Psychological help has been much patchier. It took weeks of wrangling for counselling services and other “allied health services” to be re-classified as essential, perhaps reflecting the priority the government places on these ostensibly marginal, non-economic players.

Disproportionately affected by these priorities are, as Ivan’s account illustrates, persons with disabilities or special needs.

The Guardian reports: “More disabled adults said they were ‘very worried’ about the effects of coronavirus on their lives than non-disabled adults (45.1% compared with 30.2%). Nearly two-thirds of disabled people said coronavirus-related concerns were affecting their wellbeing, from loneliness and problems at work, to worsening mental health.”

In Singapore, persons with disabilities and special needs have been granted dedicated shopping hours at supermarkets. But with day activity centres shuttered—which for many are their only source of social interaction and mental stimulation—this group of people now have to rely on activity kits and remote video streams. Can they replicate the experience of being physically present at the centre? As Ivan replies when I ask him how he finds online counselling:

Does it help? Yes. But obviously face-to-face would be the best.

Still, no one can argue that it would be sensible to keep these centres open, or to allow a certain group of people to continue working as per normal to maintain a semblance of normality. Denying the trauma our pandemic is wreaking on us is unhealthy, as I previously argued. We need to confront these feelings and accept that it’s okay to feel anxious and depressed about the situation, instead of chugging along as if it were business as usual.

But it does seem that we have been lacking in our response to the struggles of persons with disabilities and special needs. Not just in Singapore, but globally, as publications worldwide have been warning.

For instance, Time reports that, given the increased importance on Covid-19 cases hospitals have been placing, some persons with disabilities have been finding it harder to receive the usual care that they need. Feeling as if they are diverting resources or attention from Covid-19 patients, these people may even downplay their medical conditions despite their increased vulnerability.

As Ivan kept insisting: “I don’t want sympathy. I’m not making excuses. My physical impairment is quite mild.”

Through our conversation, Ivan also repeatedly stressed that he was not speaking on behalf of a larger group of people, or as a means of rallying the community.

“This is just what I feel. About how the circuit breaker has changed my life.”

But in merely speaking up and sharing his experiences, Ivan has opened our eyes to a group of invisible people struggling to cope with the coronavirus and circuit breaker.

Have thoughts on how we can better help persons with disabilities during the circuit breaker and pandemic? Tell us at community@ricemedia.co.
Share to
Related Articles 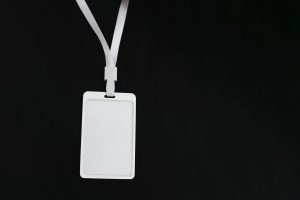