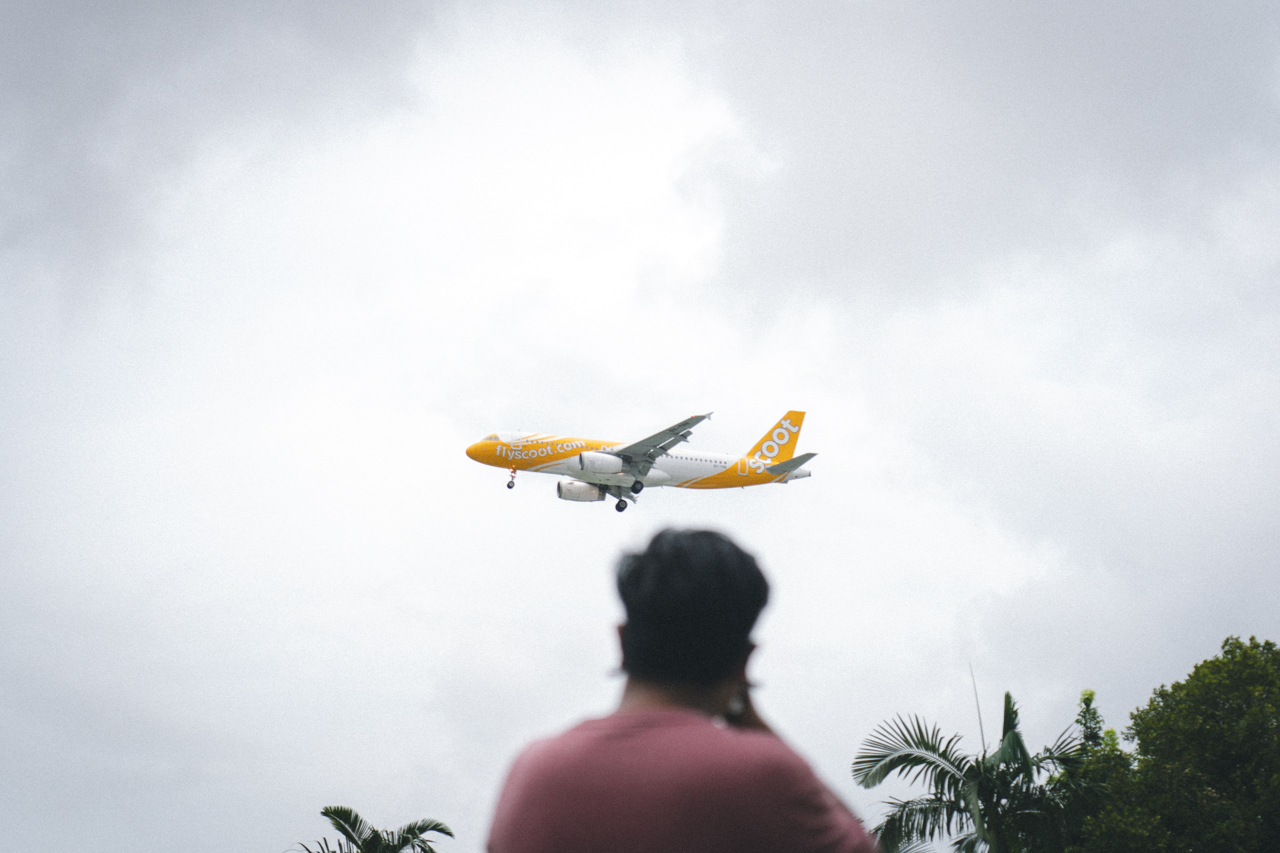 Safety precautions, in line with IMDA’s guidelines, were taken during the conducting of this interview.

I’m standing in the middle of a nondescript field in a far-flung corner of Singapore. The only indication that this patch of green sees any form of civilisation is a pin-drop on Google maps labelled ‘CBP Planespotting’.

In front of me, a seemingly mismatched group of guys move with the same grace as a synchronised swimming team.

As if on cue, the group — some just graduated from tweenhood, others on the cusp of turning 40 — run out onto an uneven grass field, each with a camera in hand. Without further prompting, they point their lenses towards the sky, their poses an exact copy of one another.

Their subject is neither a migratory bird nor a UFO. These self-professed aviation geeks, or AV geeks for short, have their eyes and bulky lenses fixed skywards at the planes flying in and out of the country via Changi Airport.

The appearance of a ‘special’ — an umbrella term used to describe unique aircraft — breaking through the clouds is greeted with much fanfare, camera shutters sounding like applause for a successful take-off.

“Wait, you can tell what plane that was just by looking at it?”

They nod. Perhaps I shouldn’t be surprised; these AV geeks know their planes better than the back of their hands. Heck, they even know the exact coordinates the runways point to.

Panteley turns his camera display towards me: “That was a cargo plane. Here you can see it doesn’t have passenger windows.”

The 15-year-old is joined by Roy, who helpfully identifies it as a Boeing 747-8 Freighter.

With them are Malcolm, Cornelius, Gavin, Dillon, Jit Sin, Jivesh, Jun Jie and Benedict. There’s a wide chasm in ages and backgrounds, but these AV geeks radiate the same level of high-flying enthusiasm for anything related to planes.

Despite the remote location (and the unpredictable Sunday weather that had earlier threatened to cancel our meeting altogether), the journey to the east is routine for them. The field’s proximity to Changi Airport allows plane spotters to get as close to the aircraft as legally possible without having to board the plane themselves. Here, we’re treated to the sights of aircraft from Scoot, Singapore Airlines and many others soaring upwards into the skies.

We had originally arranged to meet at Changi Beach, another spot offering a different vantage point, but plans had to be tweaked after the wind direction changed.

Planes take off into the wind, I learn. If the wind direction changes, so will the take-off—and what should have been visible from a plane spotter’s original position would be no more. That’s just one of the many factors AV geeks have to consider when deciding on their plane spotting game plan. The entire time we’re on-site, the group regularly pull out their phones to check on the position of the impending storm clouds.

The runway an aircraft takes is always subjected to change, even within its final hour. Depending on which aircraft it is, the group would grab their bags and race down from one location to another, or hop into a Grab just to catch sight of it.

Their enthusiasm for planes might seem slightly unconventional to some, but the way their passion has simmered, stewed and bubbled for years after popping their aviation cherry is a testament to their commitment.

A Long-distance Relationship With the Sky

Every one of these aircraft enthusiasts pretty much fell in love with aviation the same way — a visit to the viewing gallery, a parent’s anecdote. By the time it was their turn to fly, the experience awakened them to their glorious purpose.

The more senior members like Jivesh, Malcolm, Gavin and Dillon only became seasoned flyers after gaining a certain degree of financial independence.

Fast forward a decade or so, the younger few credit low-cost carriers like Scoot for cultivating their love for aviation, allowing them to experience the “sense of freedom” exclusive to those who can fly, sans the relatively heftier price tags.

The way they express their infatuation with the hobby is as varied as their personalities. Apart from photography, the AV geeks flourish their passion through an ever-expanding collection of plane models (Gavin), luggage tags (Jit Sin) and even flight logs filled with pilots’ signatures (Dillon).

They’re not the least bit shy in sharing their extensive knowledge in aviation either. Within half an hour, I’m given a crash course on how to differentiate one flying hunk of metal from another.

Boeing aircraft, like the 787, sport only four cockpit windows, while Airbuses have six. Even planes as similar as the A320ceo and the A320neo can be easily identified by their wingtip designs — the former has small triangular wingtips, while the latter has upward-curving wingtip ends called sharklets.

Other ways of identification: the shape of the plane’s nose, the number of engines it has or the position of the wings along the main body of the plane (also known as a fuselage, I learn).

Our conversation gets cut off again as all of them race out into the field in anticipation of another ‘special’ — a Singapore Airlines plane with an all-white paint job and the words Star Alliance painted across its fuselage (hah).

Sustainable Aviation in the Face of Covid

The skies have been quieter since the big C took the world by storm, the group notes. They used to barely hear one another over the roar of the engines as planes took off every other minute. These days, they stand around for anywhere between 20 minutes to an hour, just waiting for the next aircraft to appear.

Jivesh lovingly calls the sky his second home, while Roy sees a plane as a representation of his life’s purpose. Though he’s still in his first year of junior college, the 17-year-old YouTuber aspires to join the Singapore Youth Flying Club and helm a plane himself someday.

“Which is why when I see all the flights that have been grounded due to the pandemic, it hurts me here,” he broadly gestures to his heart.

They’re resigned when I mention the airlines that have collapsed as a result of the pandemic, though Malcolm points out that many of those weren’t doing financially well to begin with.

“I’m very ready to, like, ‘just take my money’,” Dillon mimes thrusting cash in front of him.

When sources claimed that Singapore Airlines was considering their version of flights to nowhere, Dillon and the rest of the group were thrilled at the prospect of supporting the national carrier. Needless to say, they were bummed out when the idea didn’t come to fruition after the SIA group conducted a market survey and review that looked into the environmental implications.

However, research shows that the aviation industry accounts for only 2 per cent of all human-induced carbon emissions. In comparison, a 2015 study by the University of Michigan Transport Association found that the energy intensity of driving is, on average, 57 per cent higher than that of flying. To transport the same amount of passengers as the average plane, a car would consume more energy, thereby emitting more carbon dioxide.

Roy directs me to another set of data: “It’s also important to note that while global air traffic has doubled every year since 1977, CO2 emissions have not due to advancements in technology.”

Singapore Airlines, and by extension, its low-cost arm Scoot, have also made progressive steps in sustainability to achieve the SIA Group’s goal of net-zero carbon emissions by 2050 and enhance the low-cost carrier customer experience.

In their most recent move, Scoot introduced the younger, more modern and fuel-efficient A321neo to their lineup. Five of the older A320s have already been removed, and more of them will eventually be replaced by new aircraft as Scoot upgrades their fleet.

The A321neo, for example, achieves fuel efficiency and reduced carbon emissions through the introduction of the sharklets, which help improve aerodynamics, allowing the aircraft to lift off more easily without burning as much fuel.

They also sport fuel-efficient engines that effectively reduce fuel consumption per seat by 20 per cent and reduce noise pollution by 50 per cent. In addition, Scoot’s new A321neos offer additional capacity and range — it’s got 50 more seats than the A320neo and is capable of a flight range of up to six hours, providing customers with more flight options without the need for a stopover.

The Scoot inflight experience won’t be the same as what you remembered too. Certain inflight staples such as the F&B menu, the duty-free catalogue and magazines have been done away with and replaced by a digital inflight portal.

Even some of the food packaging has changed. While you can still get a delicious plate of Nasi Lemak with (non-crispy) chicken rendang, the new eco-friendly box packaging used for cook-chill meals allows customers to finally enjoy a hot soupy bowl of laksa midair.

Apart from having a guilt-free meal in the air, Junjie believes these sustainability initiatives would benefit many passengers like him when travel is permitted again.

“The reduced fuel consumption by the airline will lower fares,” he says. On top of getting to budget more of his travel expenditure on things like accommodation and food, he appreciates having more budget flight options available to a student like him.

Dillon jokes that the reduction in noise emissions will finally allow plane spotters to talk to one another without shouting too.

Malcolm’s perspective is a little different.

“I think these sustainability initiatives will help to attract a different genre of AV geeks, like those drawn to green tech. ”

He says the “image of noise and air pollution” isn’t one he wants people to associate with the community. While the pushback against the aviation industry by environmentalists isn’t as extreme as it is in countries like France, the SIA group has already taken into account the concerns expressed by local environmental campaigners and are actively implementing new sustainable initiatives.

Malcolm estimates there are currently only about 200 active plane spotters in Singapore. As the SIA Group moves towards its 2050 net-zero carbon emission goal, he hopes the improvement in sustainable technology will captivate a wider audience and further grow their community.

There’s beauty, a sense of majesty, and a sense of freedom that air travel brings. As Antoine de Saint-Exupéry once said: “The airplane has unveiled for us the true face of the earth.”

If being grounded has emphasised anything, it’s the longing and yearning to take to the skies again — something that almost anyone can relate to. These AV geeks find purpose in sharing their passion with everyone else, one sustainable aerial mile at a time.

This article is brought to you by Scoot.

Do you miss flying? Let us know about the things about travelling that you most look forward to at community@ricemedia.co. 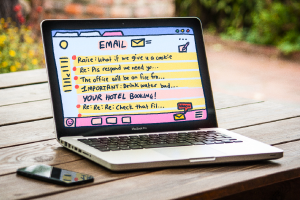 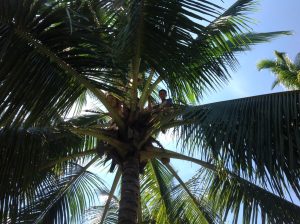