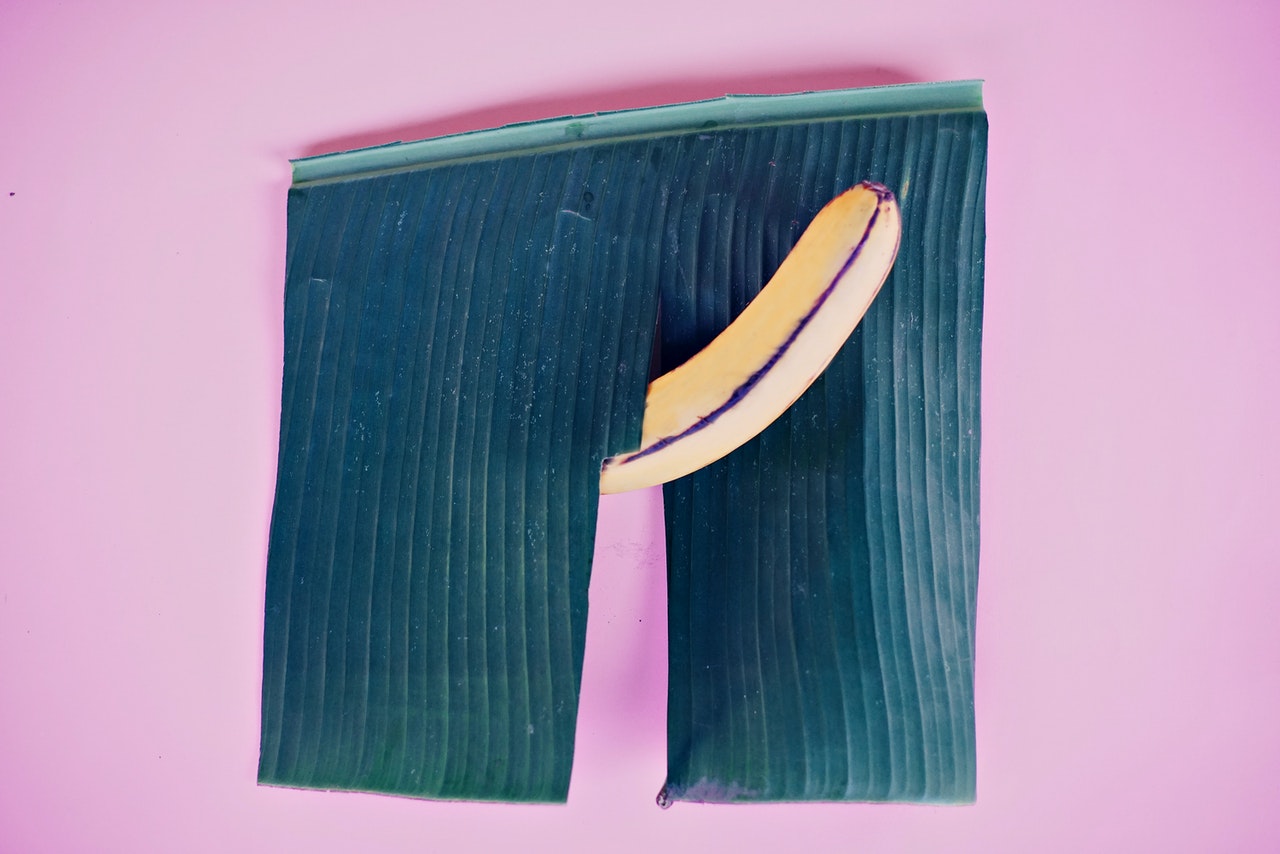 These days, conversations about our bodies aren’t as taboo as they used to be. Even in conservative Asian cultures such as ours, we’ve shifted towards franker discussions of our relationship with sexuality and self. In our ‘Intimates’ series, we’d like to kickstart open conversations about the wellness of our private parts—in both the physical and psychological sense. Today, we talk about Male Orgasm.

Getting hard. Stimulation. Ejaculation. The trajectory of a penis life cycle over a sexual encounter is so basic and straightforward—there seems to be little left to unpack. Unlike female orgasms, a vastly mysterious realm that has achieved an almost mythical reputation, the male orgasm is rarely placed under much scrutiny.

Is this impression fair, though? Has the narrative that men are simple, unfussy, end-oriented sexual beings benefitted the conversations surrounding positive sexual health or has it greatly hindered it?

“I think this is a toxic masculine narrative,” said Jay (not his real name), my good friend who is also an openly gay man based in the UK.

“Male orgasm has been associated too closely with performance,” he went on. “We are told that you have to get hard, you need to know what you are doing confidently, you have to achieve something in the end; this sense of climax, this release of ejaculation. That is very, very stressful. That makes us see and behave in a prescribed way. It also puts a lot of limits on what we could truly experience in sex.”

I pondered about this. Framed in this light, I felt almost sympathetic. It perhaps explains how immense and unrealistic psychological pressure caused many men to experience erectile dysfunction and sexual deficiencies. I have seen many cases personally of this and can attest that it is a phenomenon not limited to age. Men of all ages can experience erectile dysfunction due to feelings of inadequacy and insecurity.

The question then becomes: why do men have to penetrate and ejaculate for sexual intercourse to be complete? Can’t it stop at any point in time and still be regarded as a complete experience in itself?

Having been brought up in different parts of Asia, including Singapore, Jay is a gay man working and living in the United Kingdom. He shares that cultural and religious stigma plays a big part in creating mental blocks for men to claim the full potential of their sexuality.

“Men, especially straight men, do not want anyone near their butt because of its heavy association with homosexuality,” said Jay. “And even if they do play with it, initially many may not feel any sense of pleasure due to psychological resistance. It will take some time for them to relax and derive pleasure from G-spot stimulation.”

Whereas if men are more open to exploring this, it can bring new heights of sexual excitement and sensation, opening a whole avenue of pleasure they have never experienced before.

“It was very eye-opening; a whole new world I didn’t know existed before.”

According to Jay, the risk of HIV in the UK is almost zero. There are HIV prevention pills, a.k.a PEP, that can be taken before or after exposure to prevent the spread of HIV that are widely and easily available everywhere. Even if one contracts HIV, it is no longer perceived as a life-threatening disease but rather a condition to be managed continuously by taking antiretroviral cocktail drugs. Additionally, treatment for HIV and AIDS in the UK is covered under the National Health Service (NHS) and is free and available for everyone regardless of their immigration status.

Jay added that the pressure for men to always know what they are doing during sex denies them the vulnerability of exploring the unknown.

“Everybody’s physical body is different. Everybody’s state of mind is different. Some men may have more risk tolerance, and some men may be more risk-averse. Some men may be more sensitive and prefer relative comfort; some others may enjoy the thrill of having sex with strangers. Each of us is responsible for our own pleasure, discovering what feels most authentic and true. And it is impossible to know this without being humble and exploring the unknown.”

There is also another way for men to train to achieve multiple body orgasms, called edging: stimulating the penis to a point and then withholding the release. If practised frequently enough, men will be able to build up their sexual tension and control their release. Once they do finally ejaculate, it will feel much more intense and more pleasurable.

“Edging is coming—without actually coming,” said Jay. “You do reach a peak state each time, so in this sense, it is akin to the phenomenon of multiple orgasms experienced by women. The final ejaculation, when it arrives, comes in a sensory explosion. Sometimes it is so pleasurable that your mind goes blank, completely taken in the throes of orgasm. You can do this all day.”

Jay believes that good sex goes beyond two parties successfully climaxing. Good sex takes into account the whole journey, the whole package, the sweet spot when two people slowly sync into each other mentally and physically.

“Sex is a part of human experience. It does not make sense to view it with stigma. It is a positive, healthy thing, and it is such a shame if people do not explore the maximum potential benefits sex can bring into their lives,” Jay concluded.

As a bisexual, Elbert prefers having sex with men more than with women. Elbert feels like he has to walk on eggshells when he has sexual encounters with women.

“With guys, it is more carefree, more primal, more immediate,” said Elbert. “With men, I get no anxious follow-up messages after sex.”

According to Elbert, the male orgasm is much more complex than people might think. “Ejaculation is not something that always happens,” said Elbert. “It is not a given. Ejaculating requires a certain mindset and psychological state that is conducive for coming. For instance, it is harder for me to come when having sex with women—perhaps because my subconscious stores a lot of stress and fear around women. So yes, men are not that simple!”

He prefers rough sex, really rough, and this is also why having sex with men feels easier.

“I feel immensely guilty if I get too rough with women, and most women also do not like that,” said Elbert. “Plus, I feel more powerful, as a top, when I dominate a man. Women are naturally submissive, but men are not, so I get extra satisfaction when I can get a man to succumb to me.”

This being said, Elbert is still very much attracted to women. However, he can only enjoy himself thoroughly with sexually liberated women who are entirely at ease with themselves.

“I have had a powerful encounter with a woman, who is an expert in tantra and intentional sex,” Elbert said, “It has always been pure pleasure and bliss to have sex with her.”

As a top, both in heterosexual and homosexual relationships, Elbert has not really explored G-spot orgasm. To him, being penetrated feels uncomfortable, and he needs a lot of prepping when that happens.

However, one thing he had experienced before was a more intense ejaculation when his G-spot was stimulated simultaneously.

“I’m sure that G-spot play will open a whole new realm of pleasure,” said Elbert, “Just from my minimal experience with it, I already sensed there is much more to it. I’d have to find someone I trust enough to explore safely.”

Max, a cisgender straight man who had explored his sexuality far and wide, was aghast when I told him about my understanding of male orgasm.

“We are not simple at all; what are you talking about?” he said. “Male orgasm is much more than ejaculation. Yes, that is the most obvious signal of orgasm… but if we focus solely on ejaculation, sex becomes dull, narrow-minded, and goal-oriented.”

The entire experience of sex—of being present, noticing and cherishing all the sensations that might arise throughout his body—is far richer and more profound than just focusing on climax. Sex does not have to end with a climax or ejaculation.

“Men can only internalize a different understanding of sex and orgasm when they are more intentional about it,” said Max. “It’s why I am a fan of tantra and mindful sex. Just be present, noticing, enjoying, without any agenda, goal, or expectation of what might or might not happen. This is when we can unlock the purest state of flow.”

To that, Max quickly added: “Yes, that is going to be the most accurate definition of orgasm, for both males and females: achieving a state of flow and syncing of two different minds and bodies that produces rich, colourful sensations of varying intensity and flavours. It happens when you are fully in tune with your partner and your own body. Any meaningful moment throughout the entire sex journey, whether peaks or troughs, highs or lows, contributes to a full orgasm.”

Max believes that orgasm is primarily mental rather than physical. “If you want to help a man come, it is not just about physical stimulation. Yes, males have a few erogenous zones that are easy to spot—for example, the tip of the penis, which is the most sensitive part, G-spot, the small bump outside the anus, nipples, back of the ears, neck, lips and so on—however, it is much more powerful to arouse a man through psychological play.”

“It is all in the mind,” Max said. “Our minds do free association all the time. A certain emotional connection, narrative, and history between two people can intensify sex experience much more than seeing big boobs and asses. And everybody is different, physically and psychologically. Some men might get aroused from a particular smell or taste. I have seen a man orgasm just by hearing a voice—it is all about your mental association.”

The sexual high of fight and flight

According to Max, some men enjoy the physical sensation of being tied up, with some testifying that they feel like their bodies are being “hugged all over” in a painful yet pleasurable embrace.

Some men experience a sexual high from the emotional intensity of feeling helpless, vulnerable, placing complete trust in the dom. They also get an adrenaline rush and experience heightened sensory mode by activating their fight and flight responses.

“So to get back to your question—no, the male orgasm is not simple at all. We can reach complex heights and depths as women do. The key here is, men have to be willing to explore the unknown. They have to be willing to remove shame, guilt, and taboo around sex, as well as confront childhood conditioning that affects how they relate to men and women.”

* All names have been changed to maintain confidentiality 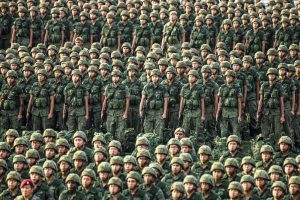 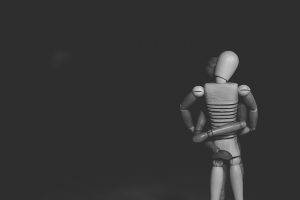 Deflowered by Erotica: A Singaporean Boy’s Exploration of the Taboo of Sex

Top image from Unsplash by Gaelle Marcel  Singaporeans are terrible at sex. I’m not criticising our performance in bed, but our cultural attitudes towards it. While we’re ostensibly Westernised and progressive-minded, we also live in a conservative Asian society, and this tension often ma 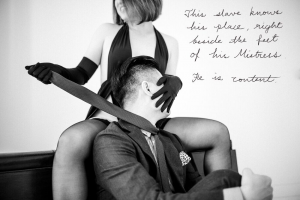 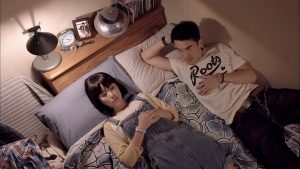 Singaporeans Don’t Know How to Talk About Sex