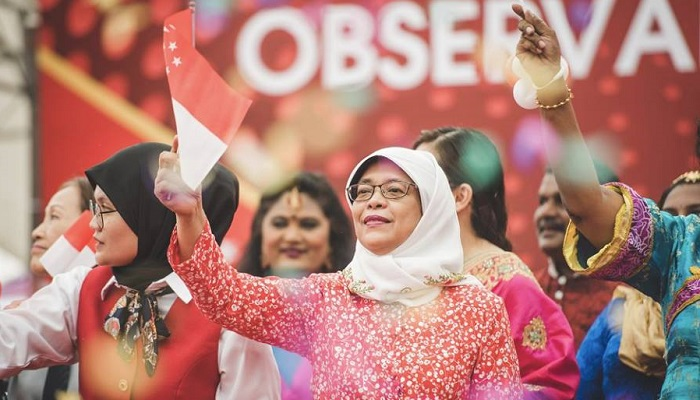 During a sleepy editorial meeting some months back, the RICE writers got to talking about personality politics and local politicians’ social media presence. Someone mentioned Speaker Tan Chuan-Jin. Another brought up Dr. Jamus Lim and his legions of cockle-crazed fans.

In general, I have little patience for ‘stanning’ public figures, much less politicians (or the general enterprise of stanning itself). But I will say this: I am a deep admirer of President Halimah’s command of social media, and how uniquely and effectively she’s wielded it.

I can’t remember when I began to sit up and take notice of her posts, though many of them stand out from memory. There was, of course, her legendary takedown of the OKGOLETSGO podcast last year; more recently, her gentle reflections on sportsmanship and mental health and the incomprehensibility of tragedy. She’s broken a lot of rules of the game, but achieved its ultimate symbol of mastery: a personality who, in shunning its conventions, sounds like a real person.

To be clear: this is not a profile of President Halimah. I have never interviewed her. Nor is it, exactly, an attempt to profile her through the medium of Facebook and Instagram. The extent to which our digital selves can be treated as proxies for our ‘real’ ones is debatable, but even more so when the former is expressly curated.

Nonetheless, it’s obvious that digital media has transformed political brand-building. Where politicians were once encouraged to market their competence and reliability from a distance, Internet culture rewards likeability and charisma. Political influence is now at least partially generated through personal visibility on social media, and most have accepted this—or at least, know to ignore it at their own peril.

Be capable and honest as well as conversant in memes. Know your stats on social assistance but also when to laugh at yourself, or mediate a policy spiel with a personal anecdote. Give us vanilla technocracy, but with sprinkles.

By these measures, President Halimah’s social media is positively antiquated. While many MPs go to lengths to appear down-to-earth—posting about their children or pets, or outtakes from their time off (usually something family-friendly and Covid-safe, like a walk in the park)—she steers clear of one of the hallmarks of modern political branding: relatability.

President Halimah does not post about catching up with other public officials over lunch. Apart from the odd personal photo—her mother’s knitting, a shot of her with her granddaughter—her feed is devoid of #tbt selfies or indications of her hobbies. By and large, there are no photos of her children, the cats/otters/wildlife roaming the Istana grounds, or fitness challenge videos—nothing to insist she is a Normal Person Doing Normal Person Things.

In fact, at first glance, her social media looks like an infinite scroll of ceremonial tedium. (Interestingly, her pages don’t acknowledge her outright as the President; the only hint is a link to the Istana website. Well, IYKYK.) The vast majority of her feed is photos of her attending functions, or a close-up of her face from videos of her speeches—always against the same beige striped backdrop, with the customary planter in the middle.

But every so often, the woman behind the account emerges. When she does—be her tone stormy or warm, steely or soothing—she comes out swinging. And the landscape takes notice.

President Halimah’s primary driver of her brand is her voice. In the last few months alone, she’s weighed in on everything from Naomi Osaka to the asatizah gang-rape poll and better protections for gig economy workers.

A few patterns can be observed here. First are her pet causes: gender equality, mental health, low-income families, and labour rights. From my readings, her posts don’t betray any political leanings per se as much as they do a consistently people-centred approach: an emphasis on dignity, well-being, and access to opportunities, especially for the under-privileged and vulnerable.

Second is the length of her posts, which can run to several paragraphs and read like mini-commentaries in their own right. This in itself is unusual. Most politicians generally limit their remarks to a few lines and no more—perhaps afraid to say too much, and accidentally say the wrong thing.

President Halimah, however, will not only go on at length when she sees fit, but layer in her own introspection and observations to a degree unmatched by her colleagues in Parliament. Her opinions are earnest, reflective, and considered, a rarity in the age of hot takes. (In fact, her Facebook page must have the most wholesome and readable comments section in all of social media.) This said, when the situation calls for it, she does not play chicken.

Take her post on the misogynistic OKLETSGO podcast episode, which garnered 12,000 shares on Facebook. Mdm. President pulled no punches. “Taking cheap pot shots at women to boost ratings or to make some people laugh no matter how offensive, cannot be justified under any label be it freedom of speech or encouraging conversations,” she wrote. “It’s not ok to treat women like dirtbags and punching bags.”

Or, more recently, her appeals for compassion and healing in the wake of the River Valley High School incident. On the day the news broke, she directly acknowledged the grief and helplessness of those affected in a short note. “If you are one of them, I want you to know that you are not alone. It is not a sign of weakness to seek help or a listening ear,” she wrote.

Two days later, she followed up with a long, impassioned post reflecting on the tragedy— but also, significantly, the role of parents, schools, and society in providing youth with mental health support, and the many ways in which we still fall short.

Strikingly, in addition to the substance of her remarks, she does not shy away from emotional language.

“I feel sad looking at how unkind we can be towards each other,” she wrote in June, regarding the online firestorm set off by Joseph Schooling and Naomi Osaka’s performances. On the asatizah poll: “Is there no limit to how low some will stoop to degrade and defile women?”

Feelings—so often used to dismiss public figures, especially women, as ‘hysterical’ or ‘illogical’—are actually her strength.  In speaking plainly to what we all feel, she taps into the secret of all great communicators: empathy. It’s this quality that won me over, more than any cat photo or pithy joke could.

In sum, we have a bit of a paradox. On the one hand, President Halimah’s social media is overwhelmingly, almost quaintly, private. We know less about her than Ho Ching, whose notoriously unfiltered Facebook page reads like a stream-of-consciousness trip, or the many other politicians—4G and new gen alike—striving to remind us they’re not just politicians.

When my editor described her as ‘queenly’, I agreed, thinking of her grace, but also economy and restraint; of refusing to indulge in celebrity, or saying anything more than the bare minimum about oneself. More Queen Elizabeth II, in other words, than Beyonce.

And yet, what President Halimah sacrifices in terms of accessibility, she makes up with the other A of brand-building: authenticity. In fact, perhaps the latter succeeds precisely because she makes little attempt at the former. You never get the sense that she is trying to please.

She’s selective about what she says, but when she goes for it, she doesn’t hold back. In doing so, she makes most political social media look like press releases in disguise, not the proof of realness they aspire to be.

More than one friend has remarked that they wish President Halimah had more power than her role affords her. I don’t disagree. But I do wonder if being freed from the constraints of traditional party politics has been central to her plainspokenness online.

The Presidency itself has been subject to fierce debate over how vocal the head of state should be. President Halimah does not appear to have felt execessively constrained by this, so long as she doesn’t veer into actual policy advocacy. And when you don’t need to worry about pleasing voters, the need to toe lines and worry about palatability shrinks considerably. If so, there’s considerable irony in how a largely ceremonial role might enable its holder to speak more freely than actual legislators and policymakers.

Of course, how far that amounts to real power and influence is debatable. But in fusing an old-school conservatism about public image with the empathy and directness so desired of contemporary politicians, she’s created a social media brand which is thoroughly her own. 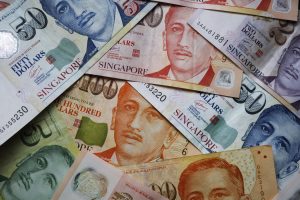 More than ever, we need flawed, human leaders. 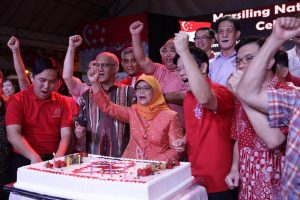 We Asked Marsiling About the By-election. Here’s What They Said. 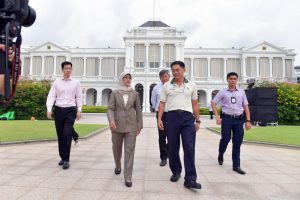 It'll be tough to surprise us after this. 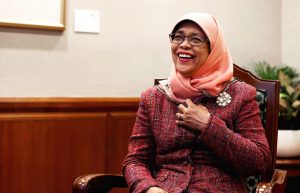 By next week, no one will care.