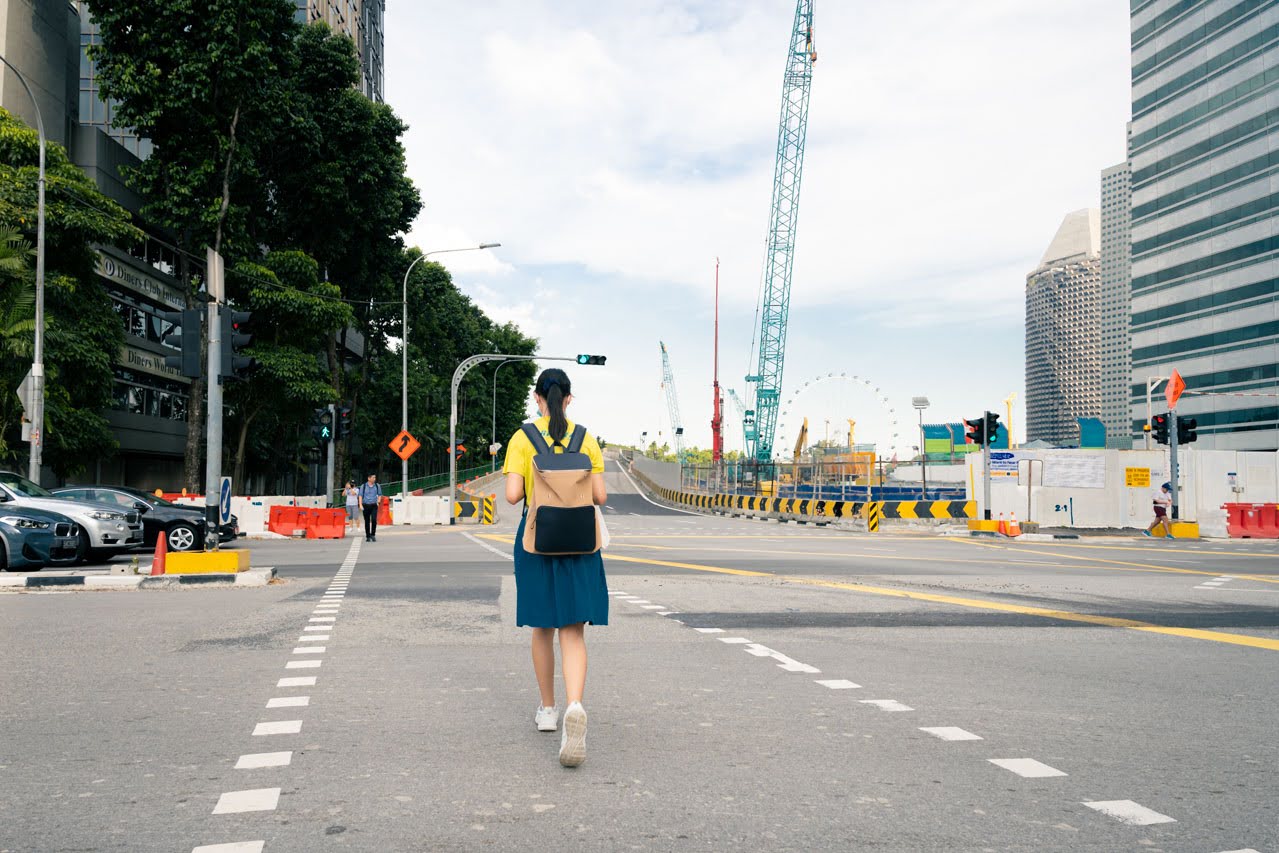 A few months back, Netflix aired Old Enough!, a heartwarming crowd favourite series from Japan. It prompted hugely different reactions across the world.

The unscripted reality show, which features young toddlers running their first errands unsupervised around Japanese suburbs and rural neighbourhoods, prompted responses across the spectrum—from awe and envy in Asia to divisive backlash in the West.

Many have expressed hesitations, if not allegations of irresponsibility.

When Singapore’s own Mediacorp Channel 5 ran an adaptation of Old Enough! in 2019 with four episodes featuring the children of Singaporean celebrities running their first errands unsupervised, it too prompted mixed reactions. Local parents were tentative.

Facebook user Geraldine Tan-Wee was quoted by CNA saying that this concern stems from a distrust of strangers, not of children. “If it were this safe, schools won’t need IDs to pick kids up or to enter the school.”

In hindsight, Geraldine does make a fair point.

Shaina Yu, a mother and co-founder of Brave Feats Student Care, shares that even though most kids at the student care stay within walking distance to the centre, less than 5 percent of the cohort head home independently.

“Most parents still prefer to pick them up, especially if the child is 7 to 8 years old,” she explained. “We do see some parents allowing the child to walk home independently, but only when they’re 9 years or older.”

It’s important to note that the carefree toddlers roaming about their towns in Old Enough! are doing so in areas strictly vetted for safety—residents are notified ahead of time about filming, with the crew and various adults strategically stationed along the route in case of danger.

But one might still wonder why Japan has a much better-established culture of child independence, and if such a concept would work in Singapore.

Designing a City for Kids—and Safety

Creating a child-friendly and walkable city goes beyond issues of space design. Still, cultural attitudes of collective-mindedness spill over into town planning and urban design.

In turn, the orderliness and safety afforded by Japanese towns and suburbs, for instance, reinforce cultural attitudes of tending toward the community and feeling secure when kids go out unsupervised in public.

Mr and Mrs Oba, a Japanese couple from Kyoto Prefecture, would know. Having lived in both Japan and Thailand before, they currently reside in Singapore with their three-year-old son, who attends a local preschool.

The Obas tell me they see Singapore’s walkability as a function of urban design, adding that cultural attitudes play more of a part in making a city child-friendly.

“The pavements are quite wide and raised, separating pedestrians from the oncoming traffic,” said Mr Oba, “as opposed to Thailand, where the traffic is heavy, and pedestrians share the road with car traffic.”

Predictably, the Obas wouldn’t let their child wander out when they were still living in Thailand, but they feel more comfortable doing that in Singapore.

What else has Singapore gotten right? The Obas mentioned that they were impressed with the network of covered walkways across Singapore—a feature not found in Japanese towns and cities—saying that it goes very far in making Singapore a walkable city in all kinds of weather.

Still, they feel that some parts of Singapore remain inaccessible to other needs.

Mr Oba explained, “almost all urban areas in Japan are accessible for wheelchair users. The raised pavements in urban Japan have rubber road ramps installed to facilitate those using strollers and wheelchairs.”

Raised pavements with road ramps are not as common in Singapore. The couple often struggle on the pavements when bringing their son out in a stroller.

Where Can We Improve?

Still, while several of Singapore’s new towns are designed to be largely walkable, other central and urban areas feel as if they were built around cars.

TikTok user @larabellamyers, who has lived in the UK, Italy, and now Singapore, said that “Singapore’s roads are very big, [have] multiple lanes and cars racing down”. Orchard Boulevard is an impressive five lanes wide, she adds.

She also observed that we “don’t really have that many walkable streets around neighbourhoods, which is so present in Europe.”

Lily*, a London-based Singaporean working mother of two in her early thirties, believes that “Singapore is very walkable in terms of infrastructure, but the weather makes it impossible to walk long distances for most of the day.”

“At least it’s child-friendly and crime rates are low,” she mentions. “London is really dangerous. Even in posh areas, crime rates are high, and there’s bullying or taunting by older school kids.”

That’s why she wouldn’t consider letting her children out unsupervised in London. She also wouldn’t allow her kids out alone in Singapore, but she does believe that the level of community-centeredness here is sufficient for kids to roam unsupervised—if needed.

Are Singaporean Parents Too “Helicopter” Then?

If Singapore is clearly walkable and safe, then what is not as clear is why there isn’t a larger culture of child independence here similar to the one in Japan, as seen in Old Enough!

While Japan’s rural neighbourhoods may be extraordinarily pedestrian-friendly, and the Japanese are trusting of their kids, it may also be fitting to consider whether Singaporean parents are excessively protective.

One of the reasons for this could be incidents such as the Toa Payoh child murders in the ’80s, which led to widespread panic and concern regarding the safety of kids in Singapore.

The murders played a significant role in why many parents at the time started to accompany their children to school instead of having them go themselves—a practice that persists till today.

According to Mr Oba, something that Singapore could perhaps learn from Japan would be the implementation of “Shudan-Toko” (going to school in groups), as well as the prevalence of volunteers from the section or local committees patrolling these routes.

The increase in crimes against school-going children (including physical offences) in Japan and the resultant anxiety led to the formation of the “Crime Prevention Plan for Children Commuting to/from School” by the government to ensure children continue showing up at school by walking.

The success of the “Shudan-Toko” system relies on the community—retiree volunteers and pupils in higher grades looking out for younger ones.

The system rigorously organises the school-going groups by their location of residence. Pupils would then gather at a meeting point and head to school at a designated time led by students in higher grades, with local volunteers (typically retirees) patrolling the routes and ferrying the children at pedestrian crossings to ensure safety.

A good question to ask now: Would Singapore be able to take a page out of Japan’s book?

Lily’s point about Singapore’s insufficient sense of community-centeredness to allow kids to roam unsupervised also calls into question whether the community would be willing to volunteer their time to look out for the younger ones.

“If ‘shudan-toko’ is implemented in Singapore, I would definitely allow my child to walk to school with the group when he reaches primary school age,” says Mr Oba, confidently.

How Can We Make Singapore More Child-Friendly?

Most of us can agree that Singapore has excellent infrastructure as well as a safe environment. But what we may lack is the community spirit and cultural attitude that allows a child-friendly environment to thrive.

When discussing the filming process of Old Enough! and how the entire neighbourhood is prepared beforehand to look out for the child’s safety, Shaina believes “this is the community we are lacking over here”.

On her part, Shaina has been teaching her students at the student care about community building and civic values in hopes that things will improve in the future.

In a climate where parental distrust is still rife, possibly due to a cultural inclination towards helicopter parenting, parents are increasingly tentative about letting go.

She feels that there will always be concern over unpredictable situations as parents or educators. Still, she believes it all boils down to intention.

“What kind of experiences and safe spaces do we want to create for our children to thrive?”

To her, setting children up for success means preparing and explaining to them various dangers or road conditions which they can potentially expect. Most importantly, they have to know what to do if such things happen.

There’s work that needs to be done on the ground to have the community’s immediate needs inform the design of both systems and spaces that can work to make Singapore both a safe, walkable, and child-friendly city for both young and old alike.

Until that happens, we should spend some time reflecting on cultural, community, and parenting attitudes to ensure we set our kids up for success, confidence, and some much-needed independence.

*Name of the individual has been changed. 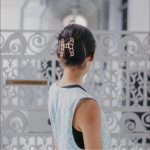 Charis is a copywriter and poet from Hong Kong, now based in Singapore. She likes ducks, geese, vintage fashion, is a nerd about spaces (NOT space). 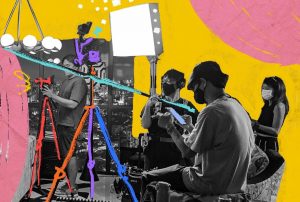