Meet the Lady Who Took Up Pole Dancing at 50 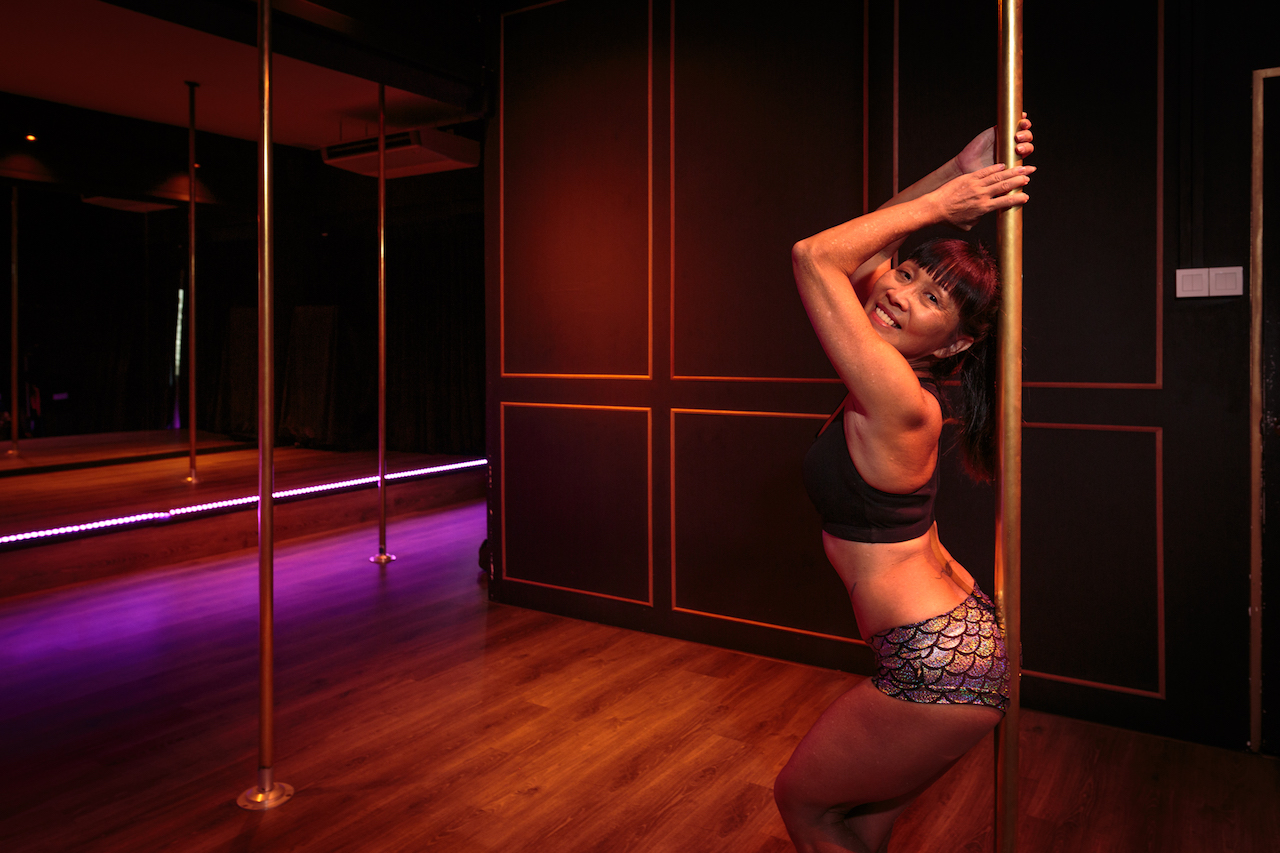 Photographs taken by Matthew Ng at The Brasse Barre.

This story concludes our ‘Wonder Women’ series. Parts 1 and 2 can be found here and here.

Receiving perspective from someone significantly older is always strange when you’re a young person. There’s a wealth of years and knowledge between you, and you know that one day you too will be in this other person’s position.

But even as they parrot cliches about letting things go and how material goods will never make you happy, you continue to think: Nah, I can probably live my life differently.

It doesn’t help when they pepper their wisdom with qualifiers like “people your age …” or “people like you …”—surefire ways to set one on the defensive.

Yet looking at Li Leng, I’m hesitant to be dismissive. At 60, she teaches jumping fitness three times a week. On Sundays, she holds a morning pole dancing class for cancer survivors and women over 55. Apart from this, she also pursues Karate, Aikido, and windsurfing.

She also tells me that life isn’t about the number of years you’ve lived.

“I think that people age according to their mentality,” she says, “Some people live a lot in 30 years and learn many hard lessons in that time; some live for 60 years but are not mature at all.”

Li Leng was born at a time when most people joined the labour force once they graduated from Secondary 4. Only people who could afford it went to university, and she never really understood why she never had that same opportunity.

Sharing that she and her two other siblings were raised by a single mother, she says, “Actually I wanted to study some more, but when I asked my mother, she said (in Cantonese): “So easy to find money ah?” So in the end, no university.”

Her first job saw her working in a hotel. After being promoted to become a senior cashier, she had to leave because her mother believed that shift work would put her in the company of unsavoury characters. Ironically, as someone who faints at the sight of blood and needles, she then landed work as a clinic receptionist. She lasted 6 months.

Today, Li Leng is an AVP at an insurance company where she has been working for the past 43 years. When she started, the company employed only 26 people. Today, it has about 2000 employees, and she’s also cycled through 15 departments, having done everything from underwriting to investments.

“My love of learning made me what I am today. It made me smarter than my colleagues who are very lazy, everytime go paktor. When got course they will say, “What for you go course, nothing what, learn already also like that.” But I will say, this will make me better at my job. Then they’ll say, “Married already no need la, got husband look after.” So my thinking is a bit different.”

If Li Leng has it her way, she’ll continue learning for as long as she can. She no longer attends as many courses as she used to, but she still reads a lot, motivated by the belief that being well read is better than not being well read.

“Pole dancing was very challenging at the beginning because I was old. I was 50 when I first started.”

When I drop by The Brass Barre, I find myself standing awkwardly in a corner while women in their 50s file in to get ready for class. The Brass Barre sponsors a studio every Sunday morning at 9:30 AM so a group of cancer survivors can come together to practise pole dancing for free.

Li Leng tells me that upper body strength is extremely important for cancer survivors because it helps with their recuperation. This was what the studio was originally used for—static exercises and strength conditioning, until they eventually realised that the poles were getting in the way. It was then that they decided to give pole dancing a shot.

While I’m acutely aware of my own presence as the only man in the room (and an all-girls studio), none of the women seem to notice. They smile, say hi, and proceed to strip down to a mix of sports bras, shorts, and tights.

As Li Leng leads the warm up, taking everyone through a series of shoulder rolls, body rolls, and stretches, I’m mesmerised by the lines she seems to draw, like dancers do, with a twist here and a turn there. Watching how fluid and natural her movements are, it’s hard to believe that she only started doing this at 50.

“At the time, the sport was not respected,” she says, “I’m also not dancey or flexible and I was old so I felt very awkward. At the start, I stood at the back, trying to hide behind the pole. Looking at everybody, all so sexy, the way they move, so nice!”

She was fortunate that the friend who brought her to the class was extremely encouraging, and would tell her that she looked 30 even though she knew she was 50.

In comparison to younger girls whose bodies are a lot softer, Li Leng says that she was “so stiff.” Linna, the above mentioned friend, even said to her: “Your body wave sucks!” 2 years later, Lena finally told her that her body wave had improved.

Observing Li Leng’s class, I see what she means when she says that pole dancing isn’t easy. There’s plenty of core work involved, and it isn’t just about doing flashy body inverting moves.

One also has to look graceful, and moves have to flow into one another. Like in gymnastics, pole dancers must keep their legs straight and their toes pointed.

At the beginning, Li Leng would attend all the beginner classes she could. If there were four in a week, she would go for all of them. What others took two months to learn, she would take six. She used to worry about whether her bones would be able to handle the strain. Having come this far, it’s no longer a concern.

Today, pole dancing has shed the notoriety that used to plague it. Students might have once hid their pole dancing from their mothers, but mothers are now the ones signing up for classes or attending their daughters’ performances. Some ten years ago, Acro Polates and Bobbi’s Pole Studio were the only pole studios around. There are now 12 of them.

Even then, Li Leng says that pole dancing can be strong, sensual, or sleazy. It’s all about how it’s done. When poles first started appearing in bars in Singapore, people would use them to gyrate. It wasn’t pole dancing, but this shaped the way the sport was seen by the public—a stripper sport.

For many women, however, pole dancing paves the road towards confidence. Li Leng points out that it takes a lot for women of all shapes and sizes to stand next to each other, often not wearing much, looking in the mirror, and to still feel comfortable with who they are.

“In the studio, some students are damn good looking, so when someone else who’s not so nice stands next to you, it can be quite depressing. It’s like when I stand next to someone tall, I feel like a midget. The sense of comparison is very strong!” Li Leng says.

She then adds: “Of course I want to be 5 ft 7”. But if I was, I would not be who I am today. Like my students, many of whom are cancer survivors, we know how to let go, say never mind.”

Confidence might be the most important lesson pole dancing has to offer, but Li Leng cautions against thinking it’s the only thing that matters. For instance, if you do want to get better and be able to do more advanced moves, it helps to have a trimmer body. That’s just the reality.

Laughing, Li Leng jokes, “So fat I also scared the pole cannot hold you. But we don’t say you are fat. We just say if you do lose some weight, you can go around the pole better. That’s just the truth.”

When it comes to pole dancing, everyone does it for a different reason. Some do it to empower themselves, some to feel sexy, and some just like the attention.

Whatever the case, it’s about making women feel good about themselves.

While all this is about increasing women’s confidence and acceptance of their own bodies, students have also shared about how they used to be shy about their bodies when having sex with their husbands. After they started doing pole dancing, all this changed. 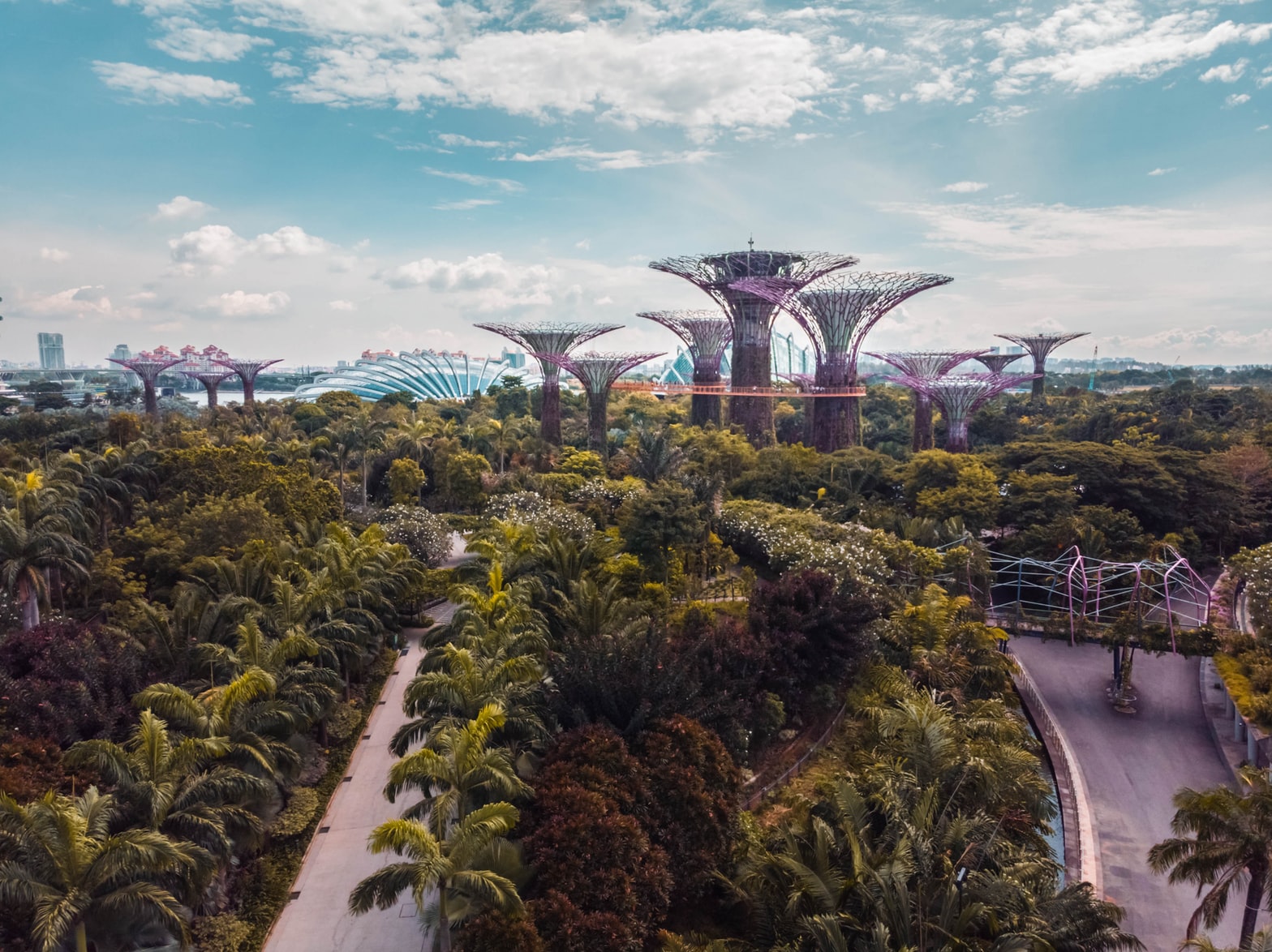 What Are Singapore’s Youth Prepared To Sacrifice For The Future They Want? 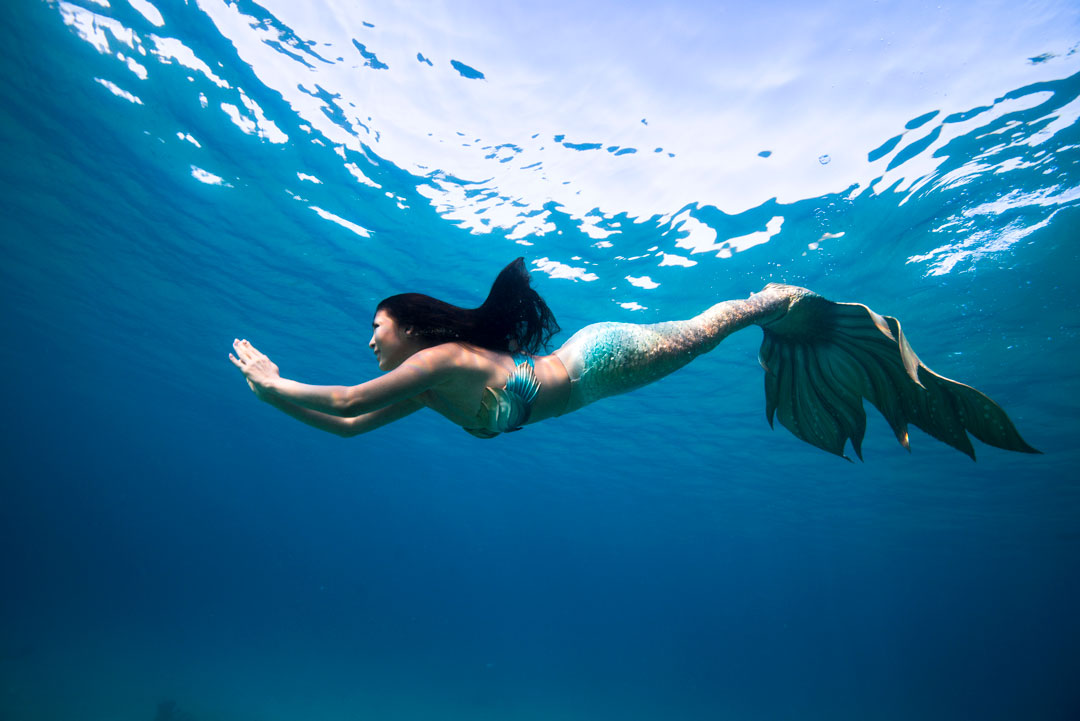 The Dark Side of Singapore’s First Mermaid 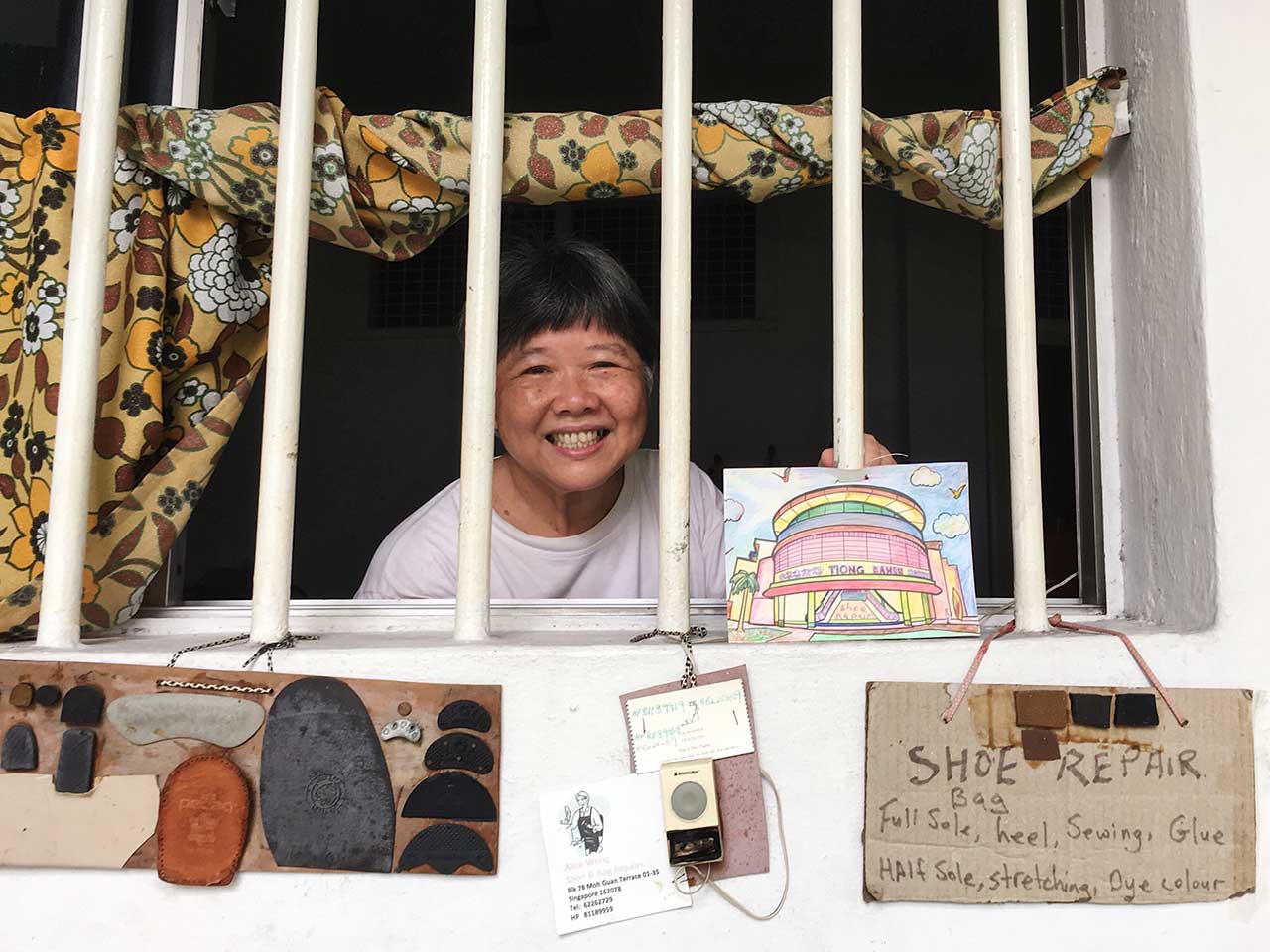