In 2016, CNA aired a discussion on the state of race relations in Singapore,Regardless of Race: Will We Ever Get There?, which documented the lived experience of local minorities. At the time, it makes for a groundbreaking discussion—telling of the state of dialogue then. Over the weekend, CNA and Dr Janil Puthucheary revisited this topic. It’s been five years since the original documentary aired, and the guiding question for the hour was: What has changed? In case you missed it, here’s what you need to know.

Singaporeans know that racism is covert and overt.

2021’s perception of racism is more nuanced. On the whole, the interviewees are thinking critically about the different shapes that prejudiced behavior can take. The term microaggressions came up frequently, with most minority respondents noting that covert racism is equally as damaging as overt racism, especially when it compounds overtime. The national conversation on racism has developed, and so has the vocabulary used to discuss it. Microaggressions are ‘incidents regarded as an instance of indirect, subtle, or unintentional discrimination.’

A ‘growth perception’ has changed the way we think about racism.

Dr Daniel Goh, a sociologist at NUS, cites new vocabulary as part of a ‘perception growth’ in Singapore: “Awareness and consciousness has increased, so we are more attuned to racism in casual settings.” This perception growth is reflected in a new study conducted by Dr Matthew Matthews, from the Institute of Policy Studies. In 2016, 79.6% of Singaporeans voted that they neither witnessed nor experienced racist behavior. In 2021, this number dropped to 65.4%.

Clearly, the public is more aware than ever of the myriad ways that racism lives in our society.

The pandemic has advanced our awareness of injustice, and holds prejudiced people to account.

Living in isolation has forced us to become more active in digital spaces, where we have been able to connect more broadly. We’re now reliant on social media to depict our reality. On the positive side, minorities are more comfortable sharing their experiences of racism and prejudice, and social justice accounts like @minorityvoices and @wakeupsingapore are producing content which amplify these narratives. However, we’ve reached a turning point: how do we encourage people to become anti-racism, beyond highlighting isolated incidents? Can we foster an environment of growth alongside our desire for accountability?

There was some debate about ‘Chinese privilege’ between the respondents, the host, and the experts invited to the discussion. Dr Daniel Goh referred to this term as an inappropriate application of the Western concept of White privilege: “When [Chinese privilege] is used as a shortcut, and you weaponize it to throw back at the aggressor, or silence people, it cuts off conversations.” Most respondents agreed that this term can derail constructive discourse about the real hardships that minorities face in Singapore. However, others thought that the majority race can do more to act as allies instead of bystanders.

CMIO model is useful, but it can be expanded to include income levels.

An interesting thread that arose in this discussion was that class is more divisive than race. One respondent from the 2016 documentary argued that class tension is more prevalent, and something we should consider more seriously, given that certain geographic areas in Singapore are divided by income. Dr Nazry Bahrawi, a senior lecturer at SUTD, reports that his reservation with the CMIO model is that it takes race as the primary identity marker. This, he argued, flattens super-diversity within minority groups. He concurred that class interests are as contentious as race issues.

The consensus on the EIP is that while there are race based policies in Singapore, this continues to be a necessary tool. However, that doesn’t mean it’s not up for debate. Dr Janil Puthucheary highlights that this policy is dynamic, meaning that it is subject to revision as the nation develops. Dr Daniel Goh argued that in order to track social progress, the government must segment and collect data on the population. However, as discussed in parliament last week, separate policies are needed to ensure that minority homeowners can sell their flats at a fair & competitive price.

Instead of focusing on a ‘post-racial’ state, Dr Daniel Goh puts forth the suggestion to focus on what unites instead of divides us. He calls this the inter-asian identity, because our societal makeup is a hybrid of different civilizations. This goal can be accomplished in many ways, perhaps first and foremost by implementing a more comprehensive educational focus on anti-racism. A few secondary school children were invited on to give their take, and the consensus was that while there is a good understanding of different holidays and festivities, there hasn’t been a lot of teaching focused on the specific challenges that minorities face in Singapore.

The topic of race will never get stale in Singapore. Though it’s been almost an untouchable subject for a long stretch of time, it’s genuinely encouraging to see mainstream media outlets (CNA, Zaobao, ST) creating space for nuance and open-mindedness. Progress is a result of honesty and willingness to enact change. Though we may never arrive at a ‘post racial’ state, hopefully, we’re moving in the right direction.

What were your thoughts on the documentary, and the goal of a ‘post racial’ state? Write to us community@ricemedia.co 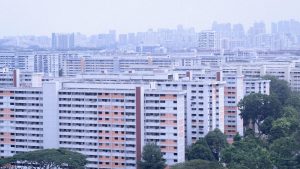 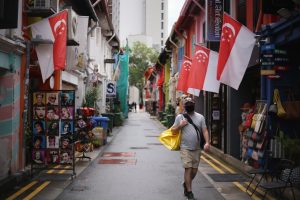 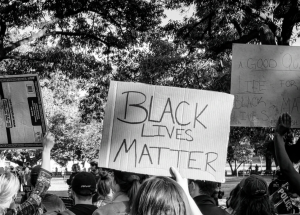 Top image: Obi Onyeador/Unsplash  Over the last few days, my social media feed has filled up with #BlackOutTuesday squares and Black Lives Matter posts—and, slowly but noticeably, began going back to business as usual. Yours probably has, too. Over the weekend, Singaporeans from ba