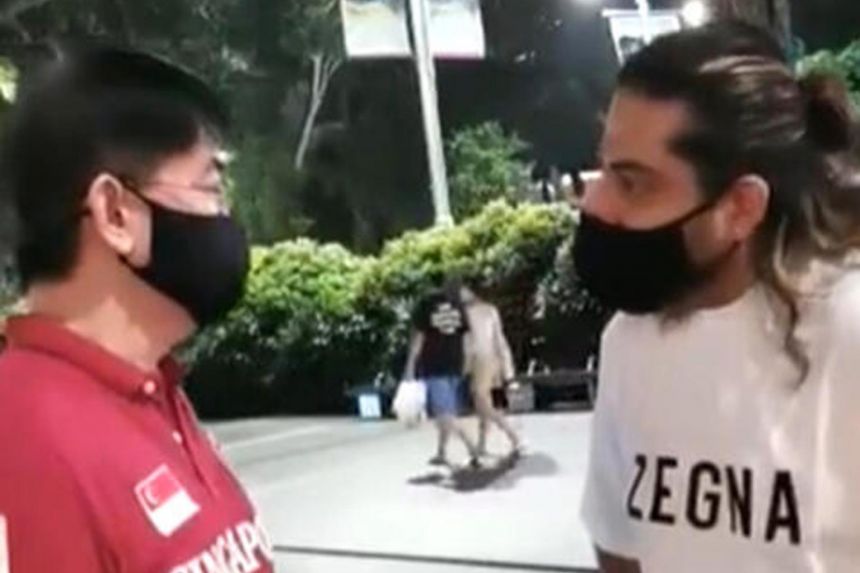 For the last couple of days, the Internet has been abuzz over the video of a couple being harassed by a Chinese man, simply for being mixed-race. I’m sure we’ve all seen it by now, so I won’t rehash all nine excruciating minutes.

The video has gone viral and drawn condemnation all around, but it’s worth scrutinising what exactly this is directed at. The responses to it are telling about our current politics of acceptability, and what gets to ‘count’ as racism or not.

One response, typified by Minister K. Shanmugam’s, is first and foremost appalled by the shamelessness of the Chinese man — namely, that he actually came out and said those things in public.

What could he (and people like Beow Tan and the Choa Chu Kang attacker) have been thinking? Where are all these people coming from, and what has emboldened them to come forward and spew filth so openly?

I’m no proponent of thoughtcrime, but I think we can all agree that the litmus test for whether something is racist isn’t whether it’s aired in public. Racist statements are just as racist even if they’re muttered over the dinner table rather than hurled in the street, or silently brushed off rather than blowing up on social media. (Even, for that matter, if they’re unintentional.)

To that end—as minority Singaporeans and residents, in particular, know all too well—racism is neither a new nor surprising phenomenon here. Videos like Dave’s only make it more difficult to pretend that Singapore is a racially harmonious, cosmopolitan utopia, but it shouldn’t be news that many people (especially Chinese people) have long gotten away with expressing similar prejudice.

And in many cases, what they got away with was exactly the same as the man in the video: objection to interracial relationships.

In the video, the harasser draws on the trope of ‘Indian men coming to prey on Chinese girls’. It’s racist, sexist, and utterly cringeworthy, but show me a Chinese girl who hasn’t heard this at some point growing up.

Unfortunately, sentiments like this are all too common. My parents were horrified by Dave’s video, and they have welcomed and adored my friends and exes of all races and backgrounds. But years ago, before I went off to university, they, too, implored me to ‘try not to come back with a Black guy’.

It’s a difficult and ugly memory to grapple with, though part of me recognises my parents were probably only repeating what they had heard all their lives. Tropes like the apu neh neh, the predatory Bangla, thieving Africans—these were probably recited by their parents, too.

All the same, the problem can’t be easily dismissed as generational. You only need to look at dating apps, and the many accounts of minority Singaporeans being rejected by people who don’t want to date outside their race, to see this. It’s just explained differently: writing someone off on Tinder, rather than cussing them out in the street, gets to be justified as ‘personal choice’.

Heckle a mixed-race couple in the street: racist. Not wanting to date someone of a different race: personal preference.

Attack an elderly Indian lady out for a stroll: racist. Refusing to rent a flat to an Indian tenant: personal preference.

Post a job ad for tuition teachers saying ‘no minorities allowed’: racist. Explaining that ‘the parents are more comfortable with a Chinese teacher’: personal preference.

Part of the problem is, perhaps, the reluctance to recognise that small things add up, and that playground slurs and familial warnings help prejudice take root. Part of it is a climate where dog-whistle racism is increasingly spouted by politicians and the press.

But part of it is also that we conflate degrees of harm—which can exist on a spectrum— with whether something is racist or not.

There shouldn’t be a gray area there. Clinging to arbitrary standards, where conduct only deserves censure if it breaches social norms like politeness and non-aggression, does nothing for understanding and unity. Socially endorsed racism is still racism, and a quiet bigot is just as concerning as an unapologetic one.

Calling what happened to Dave and his girlfriend a ‘wake-up call’ doesn’t do justice to how minorities have long put up with things like this. But if it does achieve anything, perhaps it’s exposing the false binary around what is unacceptable and what can be tolerated. To paraphrase the famous line from Animal Farm: all forms of racism are racist, and some are not more racist than others.

And for what it’s worth: we really need to get over this obsession with other people’s relationships. Whether the parties are of different races, the same sex, have a 20-year age gap, or are into bondage and food play— hell, even if someone is single and not dating anyone at all— it’s really no-one else’s business. 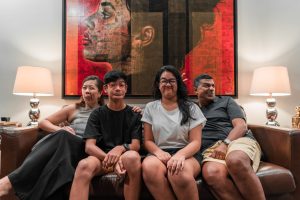 One of the major blocks towards reducing biases both unconscious and intentional is something called “conversation”. 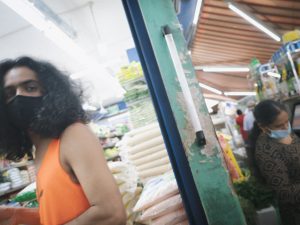 All images by Zachary Tang. “Indians not allowed, thank you.” This was what an agent said to me back in April, when I was looking for a new home here in Singapore. Trouble is, this wasn’t even an isolated incident. Before long, I had to either start looking for houses owned by Indian families,