On Wednesday, 27 April 2022, a former Grab driver, Mr Tan Yew Sin, was acquitted of all charges of attempted rape, sexual assault, and outrage of modesty against a female passenger in 2018.

In his ruling, High Court judge Pang Khang Chau found the sexual acts with the woman were consensual after finding that the prosecution could not prove beyond a reasonable doubt that the woman lacked the capacity to consent to the sexual acts.

Despite being acquitted in the eyes of the law, when combing through the events that night, one cannot help but feel dissatisfied with the outcome.

Beyond the issue of consent, perhaps a different question to ask would be if men can be counted on to make rational, moral decisions under the duress of carnal gratification.

After all, sexual encounters are an agreement between two consenting parties. The responsibility lies equally between the two parties to decide whether they would both like to engage in any kind of sexual activity.

Still, in the discussions of the case, there has been an overt focus on the woman’s actions that night and less so on the former Grab driver’s actions and reactions to the situation unfolding before him.

Ergo, the debate is less a matter of consent and more an issue of moral imperatives. Just because something is permissible doesn’t make it proper, nor does the fact that it’s legal makes it at all ethical.

Before delving into the sticky tentacles of the case, it is imperative to understand how Justice Pang laid out the case and how the prosecution has not provided sufficient evidence that no consent was given.

Justice Pang notes that the victim repeatedly rejected a friend’s offer to drive her home from the bar where she had been drinking, reassuring her friend that she was okay. The woman testified that she did this to avoid worrying her friend.

To this, Justice Pang said it demonstrated her ability to look beyond her immediate needs and consider how her friend felt.

Later, after the car reached her condominium, the woman told Tan she was not ready to leave. She was searching for her wallet to pay the driver then, and this showed her awareness of the circumstances under which she would be ready to leave the car, said the judge.

After the woman failed to access her residence, Tan asked her if she was okay, and she said she was. She testified that she responded in this way because she did not know Tan and did not want to say much.

This also demonstrated awareness of her surroundings and the differences in sharing personal information with different people, said Justice Pang.

In the car, she was emotional, thumping herself on the chest with her fist and banging her head on the window, but would stop each time Tan urged her to stop.

This showed an awareness of what Tan was saying to her, and her decision to accept his suggestion, continued the judge.

At the end of the sexual acts, the girl started saying “no” and pushing Tan’s hands away. She later agreed that this demonstrated her ability to express that she did not want to be touched.

This showed her awareness of what was happening and her ability to give or refuse consent, said Justice Pang.

After the sexual acts, Tan asked the girl if she was okay, to which she replied yes and asked him to continue driving. According to the judge, this showed her ability to assess whether she wanted to leave or remain in the car with Tan even after the sexual encounter.

Following Justice Pang’s line of reasoning, the issue of consent is presented as the woman having the faculty to make sound decisions regarding these sexual acts. Therefore, she was in the right frame of mind to accept or refuse Mr Tan’s advances.

Her lack of sobriety did not diminish her ability to give consent as Justice Pang ruled that, even though she could not remember what had transpired, it does not mean that she was “not able to perform cognitive functions”.

The crux of the matter was whether she could “understand and decide” the situation before her.

Furthermore, the prosecution accepted that the lack of verbal consent was “inconclusive, as consent may be manifested in other ways”.

While frustrating for some, Justice Pang’s line of reasoning is, on its face, inherently logical and carefully parses the parameters of consent to arrive at a conclusion.

Consent is still a blurry concept

The idea of consent is simple and decidedly straightforward. If a person at any point during any sexual activity, at any time asks to stop, you stop, no questions asked. However, as manifested in this case, reality is infinitely more complicated.

Consent is often taught and understood in controlled environments making it easy to understand when “no” is imposed.

This ruling, however, puts forth that consent “may be manifested in other ways”, and the defence has shown that to be true since it was found that she was capable of saying “no” the first time and had the ability to display a sense of awareness of her surroundings.

Never mind that the victim was inebriated—we know this from the five beers she had drunk.

She can also be heard crying from the audio clips on the ride home. When she arrived at her condominium gate and could not find her access card, she started to break down and cry in the middle of the road.

When she went back into the car, she was thumping her chest and banging her head against the wall.

Even without knowing who the victim was, one can deduce that she is in a volatile state of heightened emotions. It’s known that alcohol alters your brain chemistry and can amplify these intense feelings, especially negative ones.

When a person’s state of mind is tumultuous, it puts them in a state of vulnerability with little ability to say or do the right things. Perhaps Tan didn’t know that.

That’s not to say that a vulnerable person can’t still make sound decisions. Still, more often than not, these decisions are often made out of rashness and impulsivity. It’s perplexing that this needs to be explicitly stated, especially when we won’t allow a person under the influence to operate heavy machinery or drive a vehicle—Singapore metes harsh fines, and jail terms for anyone caught driving when drunk.

Mr Tan witnessed her erratic and emotional behaviour unfolding that night and chose to ignore that perhaps she wasn’t in the right frame of mind to partake in any kind of sexual activity—consent permitting or otherwise.

In fact, between them, he was the one who could make more rational decisions. Instead, he saw her soft underbelly and lunged.

If we were to draw a timeline of the events that night, there were many instances where he could have made the more sensible decision and, dare I posit, even the right choice.

For instance, he did not have to get in the backseat with her when she could not find her access card—he could simply have waited at the guardhouse until a guard showed up. He also could have used his phone to call someone from home to help her.

More crucially, considering her turbulent and intoxicated state, he could have refused her advances at every turn. Yet, he did not.

Still a matter of privilege

It’s not difficult to ascertain what enabled Mr Tan to give in to these prurient urges and make ill-informed decisions, one after right after another.

His actions point to the intrinsic male privilege that paved the way for him to disregard the woman’s state of mind and allow the burden of consent to rest entirely on her.

That night, between the two, one party was sober and in complete control of his decisions and faculty of mind. Yet, it’s the inebriated individual that was made to take responsibility for her actions, what she said, and what she may have suggested while intoxicated.

As it stands, women live in a world where they are conditioned to take many precautions to protect themselves from being assaulted by men—texting friends their locations, travelling in pairs, carrying around pepper spray, fingers wrapped around keys poised for any sudden attack, special locks that are break-in proof, the list goes on.

The victim, in this case, was notably wearing safety shorts as well.

A decent man would know better than to think that a woman, drunk, can give consent for anything—sex notwithstanding. Unless at knife-point or threatened by harm, there is no occasion where a man should consider the consent for sex by anyone under the influence to be a decision made with absolute clarity.

For now, the defence rests its case, and Mr Tan is “keen to get back to his life after a four-year-long court process”. We cannot let the discussion die here.

Justice Pang’s ruling is succinct and gives us insight into how consent can be argued in a court of law. Nevertheless, the outcome of the case still left a bad taste in my mouth.

For all its methodical and systematic approach, it calls to attention how women are still implicitly disadvantaged by virtue of being female and serves to exemplify the entrenched, biased attitudes towards women.

It is 2022, and given the wide discourse on sexual assault, consent, and equality, this case is proof that we are still far from where we thought we were. 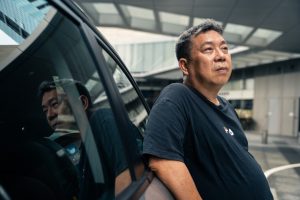 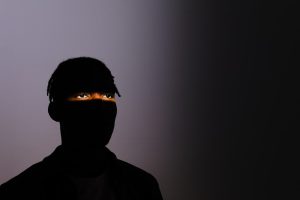 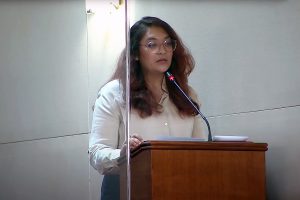