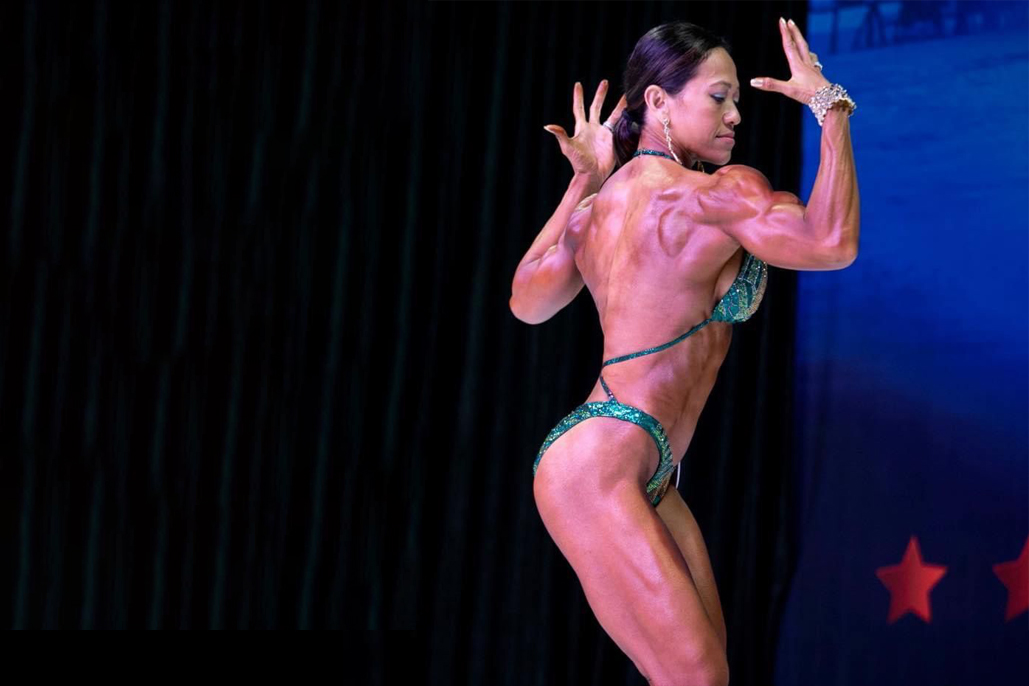 We’ve recently heard from Min, a mother who enrolled her children in a forest school in Sweden. Then, Dwi, who went to LA for community college after failing her A levels and eventually found herself working in Goop.

Now, we bring you Mariah, a military wife turned fitness instructor who is now a ‘natty’ bodybuilder in Texas.

Growing up, I was a big kid with asthma. Naturally, I never got selected to participate in my school’s PE Field Day. Everyone at these events would be scoring trophies and clinching medals left and right, while I watched from afar.

I never imagined that one day I would hold up such trophies and medals as a bodybuilder.

I never stopped wanting the taste of victory. You could say this was what sparked my fitness journey—and what a journey. I went from running stroller boot camps for mothers in Japan to training Navy SEALS before becoming a competitive bodybuilder. But more on that later.

I left Singapore in 1998 after I got married to a US Navy military man. Due to the nature of my husband’s job, we were constantly moving and not in one place for long.

We first settled in Albuquerque, New Mexico, before moving to Phoenix, Arizona, and then to Yokosuka, Japan, where we stayed for 10 years. Today, we’ve made a home in Austin, Texas.

Living abroad has provided me with many opportunities I don’t think I could have had if I stayed in Singapore. Still, it has not been all peaches and cream.

What got me through it all? I found a higher purpose after becoming a parent and starting my bodybuilding journey.

Within a week or two after we got married, my husband and I headed for the States. It was pretty lonely in those early days. I had just left my family after all, and I was often by myself.

At that time, there were no social media platforms and barely any websites to help connect you to fellow Singaporeans or support groups—it was a tough adjustment period.

It was also hard to explain where you were from because people in the States can’t put a finger on where Singapore is. They know where Japan is (and even where Malaysia is) on the map. But as for Singapore, not a clue.

One of the most frustrating parts of my time abroad was waiting for my Green Card; I think I waited ten years for that elusive permanent residency status. It made finding a job so difficult.

The September 11 attack on America was still fresh at the time of my Green Card application. It was much harder to gain citizenship, especially if you were Muslim. I had to meet with so many immigration officers over the years. It was exasperating—the word ‘immigration’ gives me the heebie-jeebies now.

I remember getting detained at Los Angeles Airport, and the immigration officers there were ready to deport me. It was a horrible experience. I got interrogated, and they rummaged through my bag. You know, the whole nine yards.

When we moved to Japan in 2001, we lived near the Yokosuka naval base in the Kanagawa prefecture. I had to keep up with managing the household bills by myself, learn the language, and learn how to drive around.

It was also in Japan that I dipped my toes into exercise and physical training, and I’ve never looked back since.

After having my son in Japan, I was overweight and constantly out of breath. I needed to do something to keep up with his energy. So I decided to attend a mummy boot camp held at the Naval base. The mummy boot camp mainly consisted of running with your kid in a stroller and learning how to take care of your newborn.

I didn’t have a stroller then and was also on a budget. But I managed to buy one for $20 from someone who wanted to throw theirs away.

At the same time, the instructor of the mummy boot camp, Joanna, was leaving the program. She was impressed with how I could motivate others and suggested I attend the Group X fitness instructor exam.

I was never a good student in school, so I was apprehensive about hitting the books again. But I did it anyway. I passed the instructor exam and started taking over leadership of the mummy boot camp.

When my son was four or five years old, I started my own boot camp class. I’ll put him in daycare for an hour or two, and I would run my boot camp classes.

I was starting to get recognised as a fitness coach, and word spread fast. Some Navy SEALs from Hawaii who came to Yokosuka decided to take my classes. That was a real highlight and an achievement for me—they came to my class and loved it.

I think if I were still in Singapore, I wouldn’t have gotten the chance to do what I’m doing now because I lack the proper paper qualifications. My experience would count for very little in Singapore.

Rarely do employers in Singapore want to take that time to get to know you and your experience. Everything has to be filtered through official qualifications or certificates.

From Mummy to Bodybuilder

My journey into bodybuilding happened quite serendipitously. I was tasked with organising a bodybuilding competition, and, as a coordinator, I had to buy medals and trophies. When I saw all the athletes posing, I thought to myself: “Why can’t I do that? Nobody is stopping me.”

Growing up, my father was always posing like a bodybuilder around me and was an amateur bodybuilder himself. He was constantly flexing his muscles around the house.

He became my fitness role model. I didn’t know who famous bodybuilders like Arnold Schwarzenegger or Frank Zane were—I just knew my father.

In 2009, I entered my first bodybuilding competition in Japan. There I was, walking in heels across the stage—it’s still the one thing that is very challenging for me today. I placed fourth in the competition then, and I thought to myself, “Hey, I can do this”.

Even now, I catch myself chasing after perfection instead of embracing the process and progress. I’ve had strangers—and even people I know—say that I’m just a woman and that I’ll never amount to anything.

After winning second place in the Annual Far East Bodybuilding Competition in Okinawa, Japan, I participated in my first United States natural bodybuilding show in Texas in 2013.

To put it simply, natural bodybuilding (more affectionately known as ‘natty’ competitions) is a big movement with various competitions for bodybuilders who abstain from performance-enhancing drugs.

I came in second at the Texas show. When I saw my picture in Muscle Development magazine, I thought maybe I could do better. I started taking my nutrition more seriously.

When it came to natural bodybuilding, I didn’t get serious until my dad passed away. Everything I’m doing now is my tribute to him.

Growing up in Singapore

I’m the oldest of four sisters. My dad was a Cisco police officer. We didn’t have much money growing up. The first house we stayed in was a place where somebody committed suicide. That was the only home my parents could afford at that time. Morbidly, my crib was placed at the same spot where the person hung himself.

My dad is a Malay Muslim, while my mom is a Thai Muslim convert, so I grew up as a mixed Malay girl. She also speaks fluent Teochew because of the region of Thailand she was from. Given my mother’s Thai heritage, she is heavily influenced by Buddhist teachings and had quite an influence on my life.

I can’t remember my age then, but I remember attending religious classes in a madrasah regularly and wearing a hijab. I learned how to read the Quran too. I was quite the young devout Muslim—whether it be by choice or not.

But all that changed one day when my mother told my father that if I were to keep up with this life of religious devotion, I would not see the world—those were her exact words. My dad agreed, albeit reluctantly, especially because I was the firstborn.

The world is now my oyster.

School was rough for me; I grew up in an education system that had a mentality that if they can’t help you, you’re a gone case. I went to Bedok Girls School. It’s an old school—I don’t think it’s around anymore.

As a student in the early to mid-80s, I stood out because I could speak a few languages. At that time, everyone was monolingual, and I don’t have to tell you primary school kids are brutal. Add on the fact that I was mixed-race, which made fitting in even harder.

I was also not academically proficient and was unable to express myself well. As a result, I was often made to feel like an outcast in school—not just by my friends but also by my teachers.

Looking back, I feel like Singapore can be so rigid and inflexible. Once you’re placed in a box, you’re locked in there forever. It seems like the country already knows who you are and what you are capable of instead of asking us what we can offer.

That issue of identity bleeds into my sport. I think that was my biggest challenge—being a Muslim woman in a bodybuilding competition because not everybody would agree with me going up on stage in a bikini.

It’s not something that I purposely flaunt. It’s just part of the sport where I truly found myself.

My goal is when I turn 50 is to compete in Arnold Sports Festival, which is Arnold Schwarzenegger’s bodybuilding festival, held in Ohio.

That was what I promised my father in our last conversation over the phone before he fell sick. It’s a promise I made to my father—and if I don’t finish what he started, the legacy he passed on to me perishes. So I have to go on doing this until I can’t anymore. 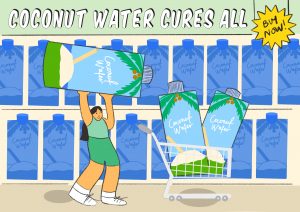 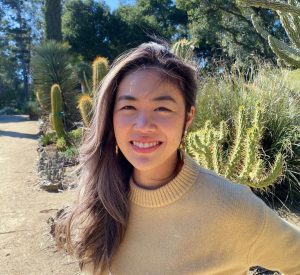 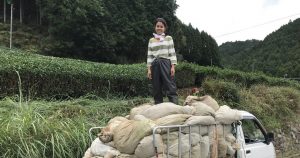 Meet Ryhan, the Singaporean Who Fell Out of Love and Became a Tea Farmer in Japan

What does one do when one gets their heart broken? Move to Japan and become a tea farmer, of course. 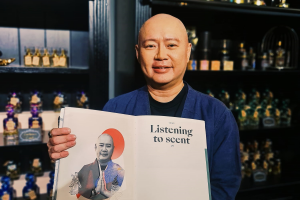